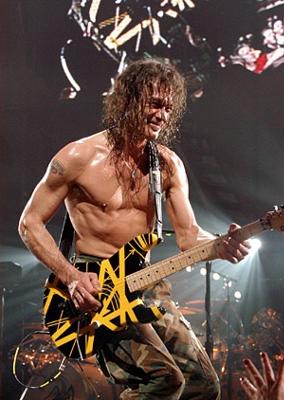 Mr. Van Halen is one of the most innovative guitarists ever. His sound is amazing and I don't know many guitarist who wouldn't want that brown sound.

Eddie has explored every aspect of the electric guitar, and he has built several himself. He has been involved in the entire process with both Peavey and Fender built signature guitars.

EVH is best known for his two-handed hammer-on (some refer to this as tapping but that's another technique (e.g. tap high E-string at 4/5/7/12th fret and it will generate a harmonic). He is also known for his blazing solos and punchy rhythm.